The Cancellation of the Ontario Basic
Income Pilot. 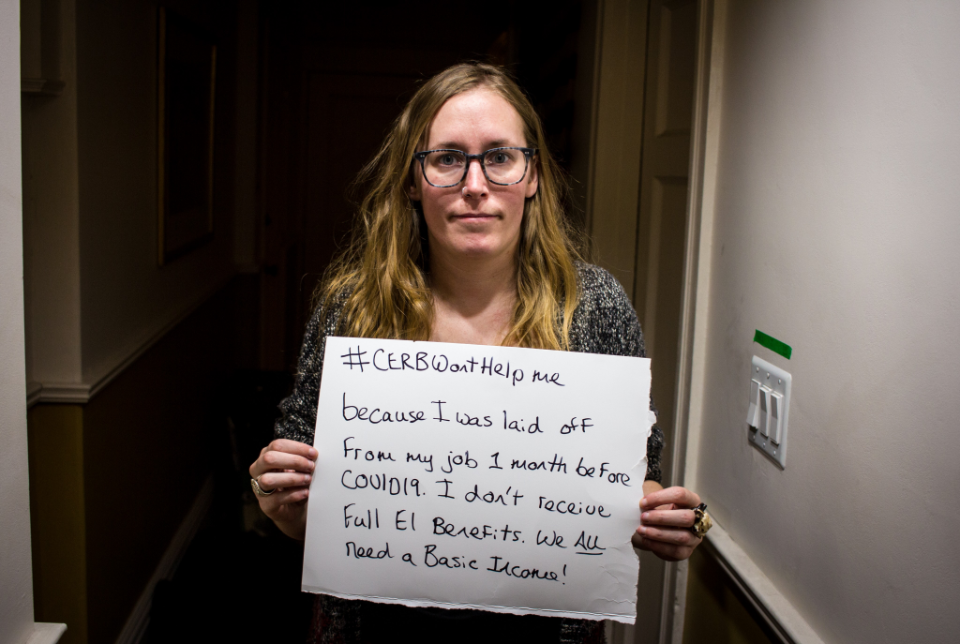 In 2017, the Ontario Provincial government, which was led by Liberal Premier Kathleen Wynne, launched a three-year basic income pilot experiment. In the pilot, 4500 people in the communities of Hamilton, Lindsay, and Thunder Bay Ontario were selected to be a part of this pilot program. The criteria was simple: a person had to be living under the poverty line, which is considered to be $30,000/year(CAD) in Ontario, Canada. The project was meant to last for three years, with research being done with both the basic income recipients, as well as a control group, to determine the effects of a basic income program on individuals, and the local economies of the communities the pilot took place in. However, in 2018, a new Conservative government was elected, led by Premier Doug Ford, who abruptly and suddenly cancelled the pilot project, despite making election promises to keep the pilot.

I was one of those basic income recipients.

Before I was on the basic income pilot, I had four jobs. I was struggling with 60+ hour workweeks, working precarious, contract jobs with little protection, and no recourse should my contract not be renewed. I was doing this all in an effort to grow and build my business as a photographer, however I found my growth was very slow, because I was so busy, and exhausted. Despite this workload, I was still finding myself living below the poverty line, and struggling, like many working-class people in my generation are.

The cancellation of the basic income pilot was sudden, abrupt, and a broken election promise. I vowed to hold the government accountable for their actions, and I did so through the power of storytelling. I sought out the other basic income recipients, and when I did, I asked them a simple question: “What did you use the basic income pilot for?” - my materials were simple: I gave people a piece of white torn cardboard, and a marker. The stories that these people told have changed my life forever. As the project grew, I was able to find more basic income recipients, and I travelled all across Ontario, meeting people in all of the pilot communities. As well, the project gained immediate interest, attracting the attention of several major media outlets across Canada, such as the Toronto Star, CBC News, and Huffington Post. I was also able to exhibit Humans of Basic Income in several major arts festivals and exhibitions, including Hamilton’s Supercrawl, the Scotiabank CONTACT Photography Festival, as well as several university exhibitions including at McMaster University, Ryerson University, Queen’s University, and Laurier University. I was also able to meet several prominent Canadian politicians, and some of the most influential leaders in the world in the basic income movement. I had the opportunity to exhibit my photos at the North American Basic Income Conference in New York City, USA, and the Basic Income Earth Congress in Hyderabad, India, both in 2019. With the spread of COVID19, and the devastating economic impact the pandemic has wreaked upon the world, the topic of a guaranteed basic income has never been more relevant, and two years later, my photos are still being shared, and these stories are still making an impact.

Why are these stories so moving? This is a question I have been asking myself since the birth of this project, and I imagine the answers to this question will continue to grow as I continue to grow, and Humans of Basic Income continues to manifest and grow into different forms. I believe that in its purest and simplest form, these stories subvert a myth that we have been taught about our world. We have been taught that this society is good, fair, and equal for everyone, and that if you work hard, and "pull yourself up by the bootstraps" then you will certainly succeed. Your poverty is your own failure, and a reflection of your own character, and that welfare would enable laziness.

In the words of Rutger Bregman, "Poverty isn't a lack of character, it is a lack of cash." - The stories of the humans of basic income are stories of people who went back to school to gain further education and pursue their dreams. There are people who, like myself, finally had the financial stability to take the risk and start a new business. There were parents who invested in the health and wellbeing of their children, and were able to make positive life decisions for themselves, such as buying healthier food, or moving into safer neighbourhoods. Not a single person that I met used basic income as an excuse to "sit on their asses and play videogames all day" - in fact, numerous studies have shown that when people receive a basic income, the motivation to work actually increases, rather than decreases. When people are given the opportunity to pursue their dreams, they pursue it.

I believe that poverty is a disease that everyone in society pays for. We pay for it in the taxpayer money that goes towards hospital bills that come from preventable diseases and ailments. We pay for it in the money we spend on the criminal justice system, which largely and adversely targets and affects those in poverty, who can't afford to advocate for themselves. We pay for it when our loved ones die from poverty. I would rather that society pays for the investment in humans, which has proven to not only benefit and help individuals, but that benefit translates into an improved economy, a more stable society, and a better world.

It is disturbing that we live in a world where 99% of the world's wealth is hoarded by 1% of people, at the expense, and suffering, of all of humanity. Our society is already broken and unfair, and the economy is changing rapidly to replace millions of jobs with automation and technology. We must imagine a better and more equitable world, and an economic revolution that adapts to this technology, and gives all of humanity the opportunity, nay, the right, to benefit from the collective triumphs of human progress.

When I asked the Ontario basic income recipients that simple question, "What did you use basic income for?" The answers to that question were far bigger than the individual experience. The answers to that simple question showed me that the economy we live in needs to fundamentally change, in order to give people a chance to not only survive, but thrive. Humans of Basic Income is far bigger than Ontario. We are imagining a new world order. 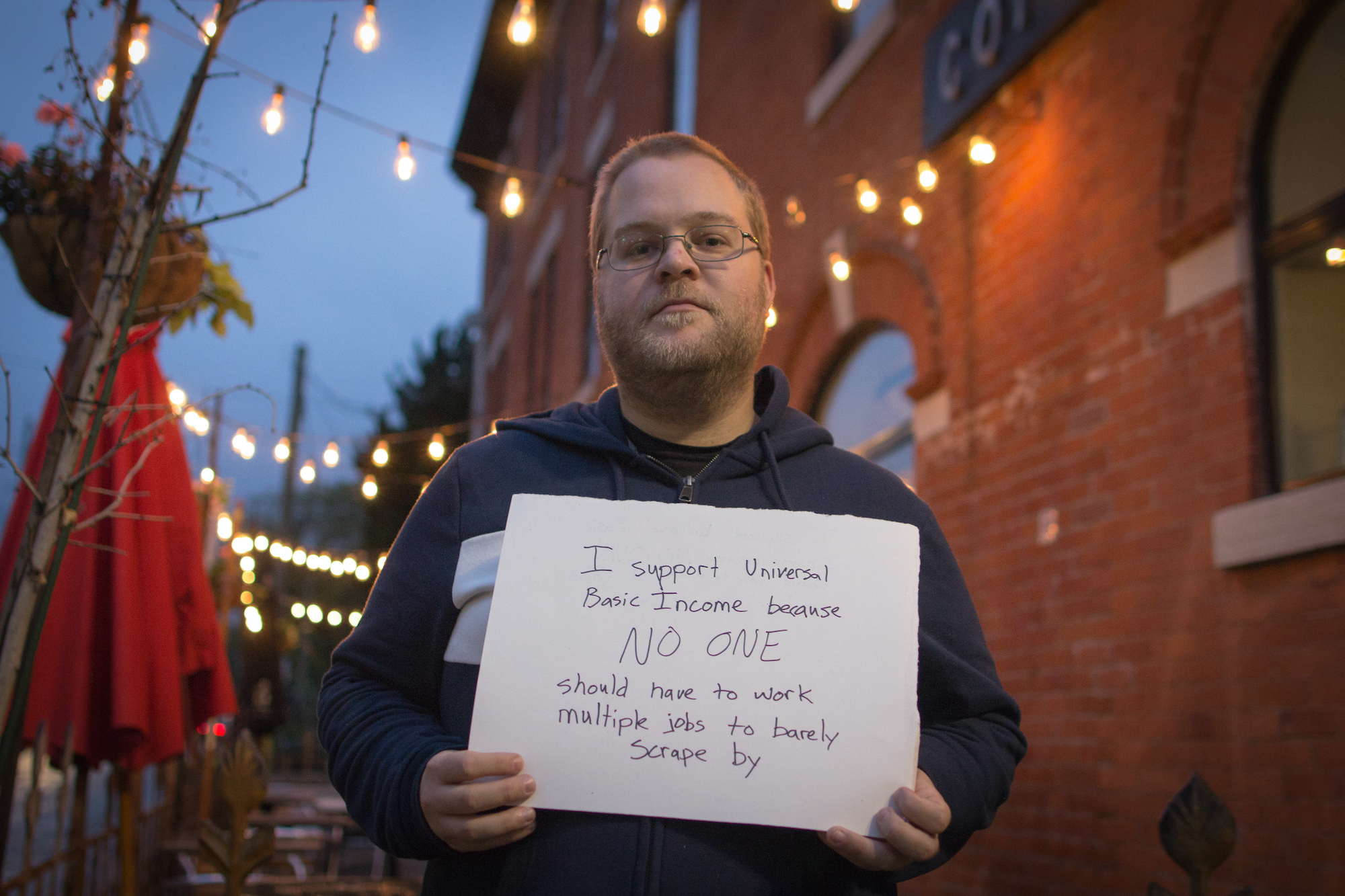 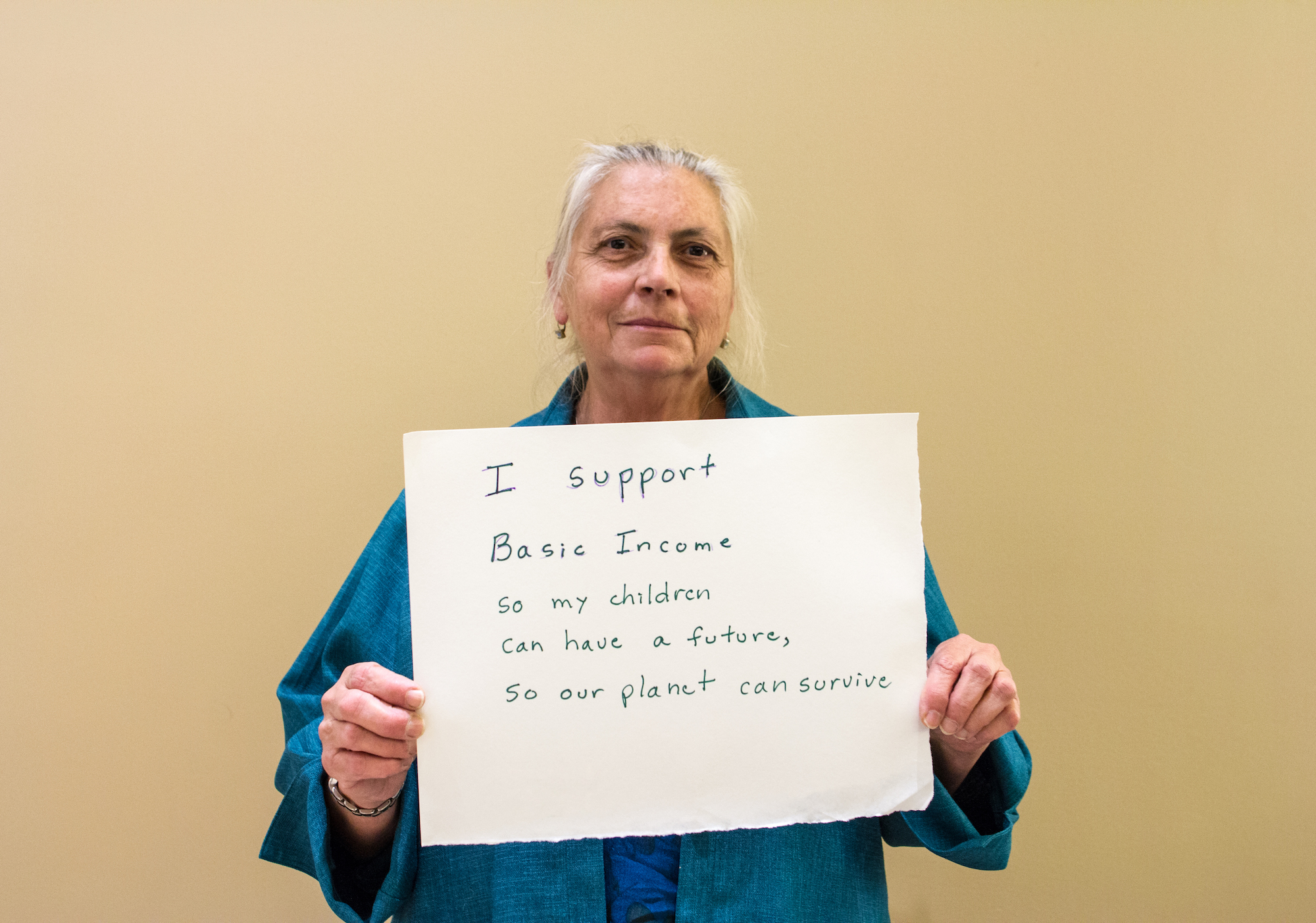 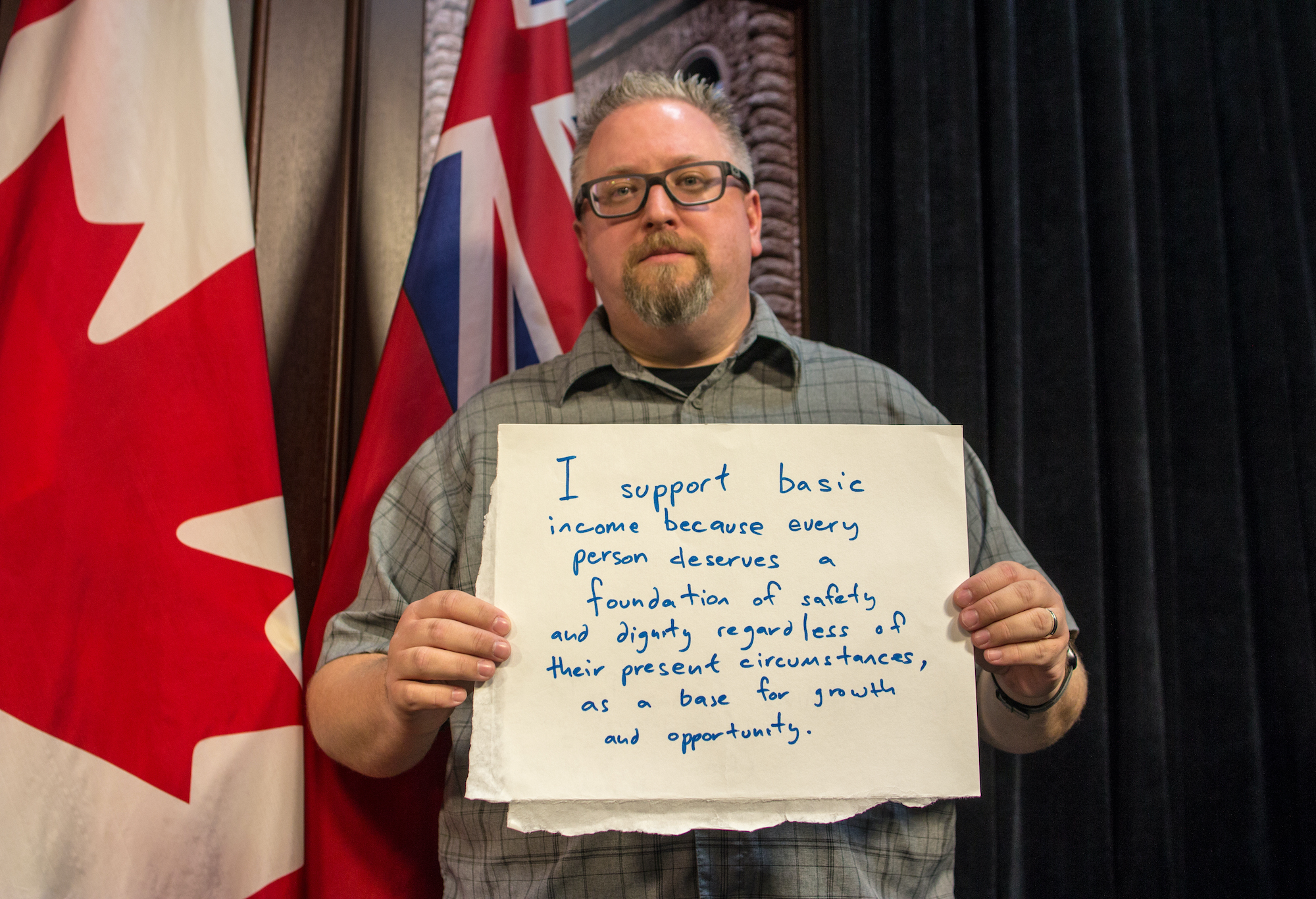 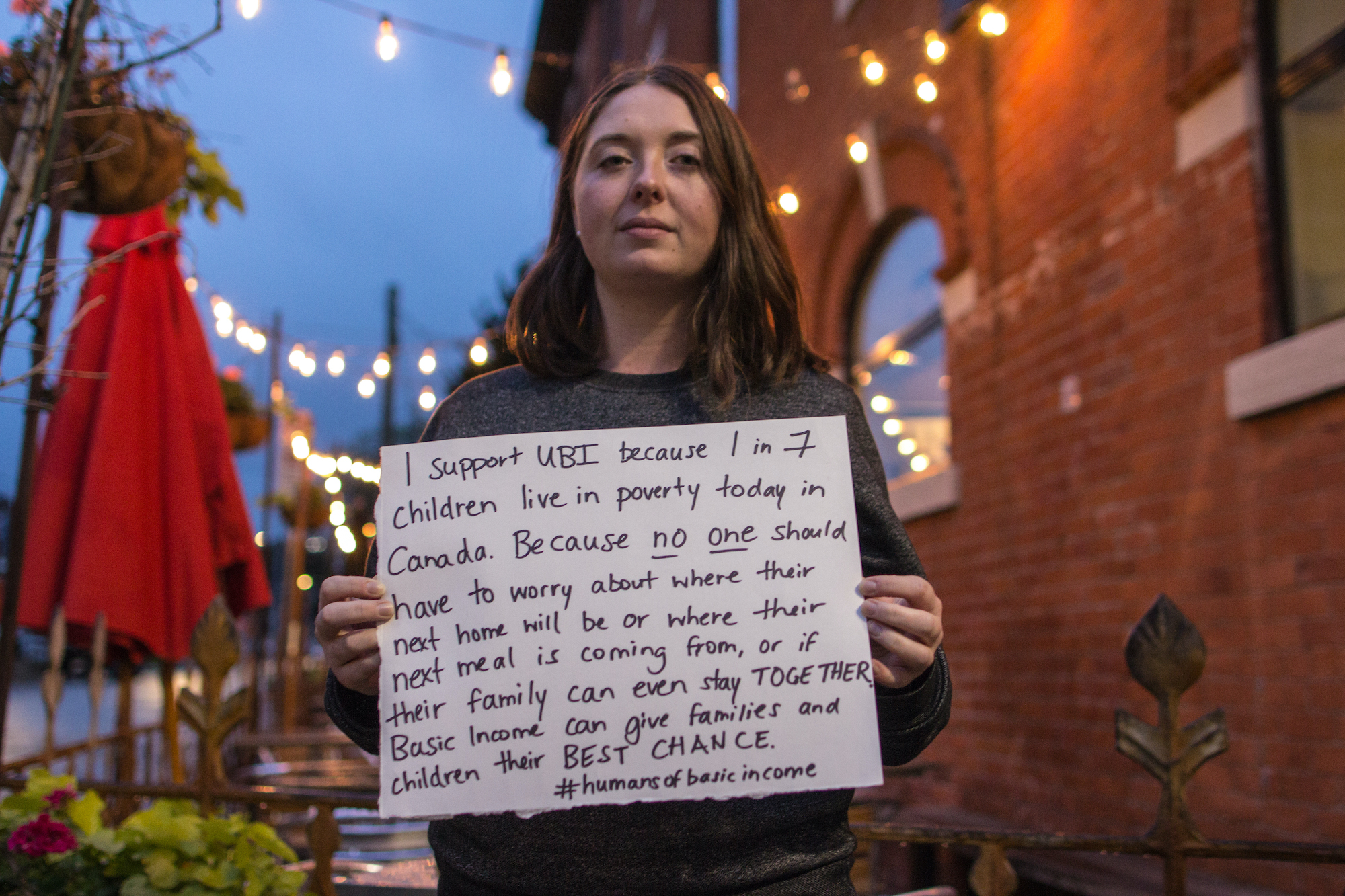 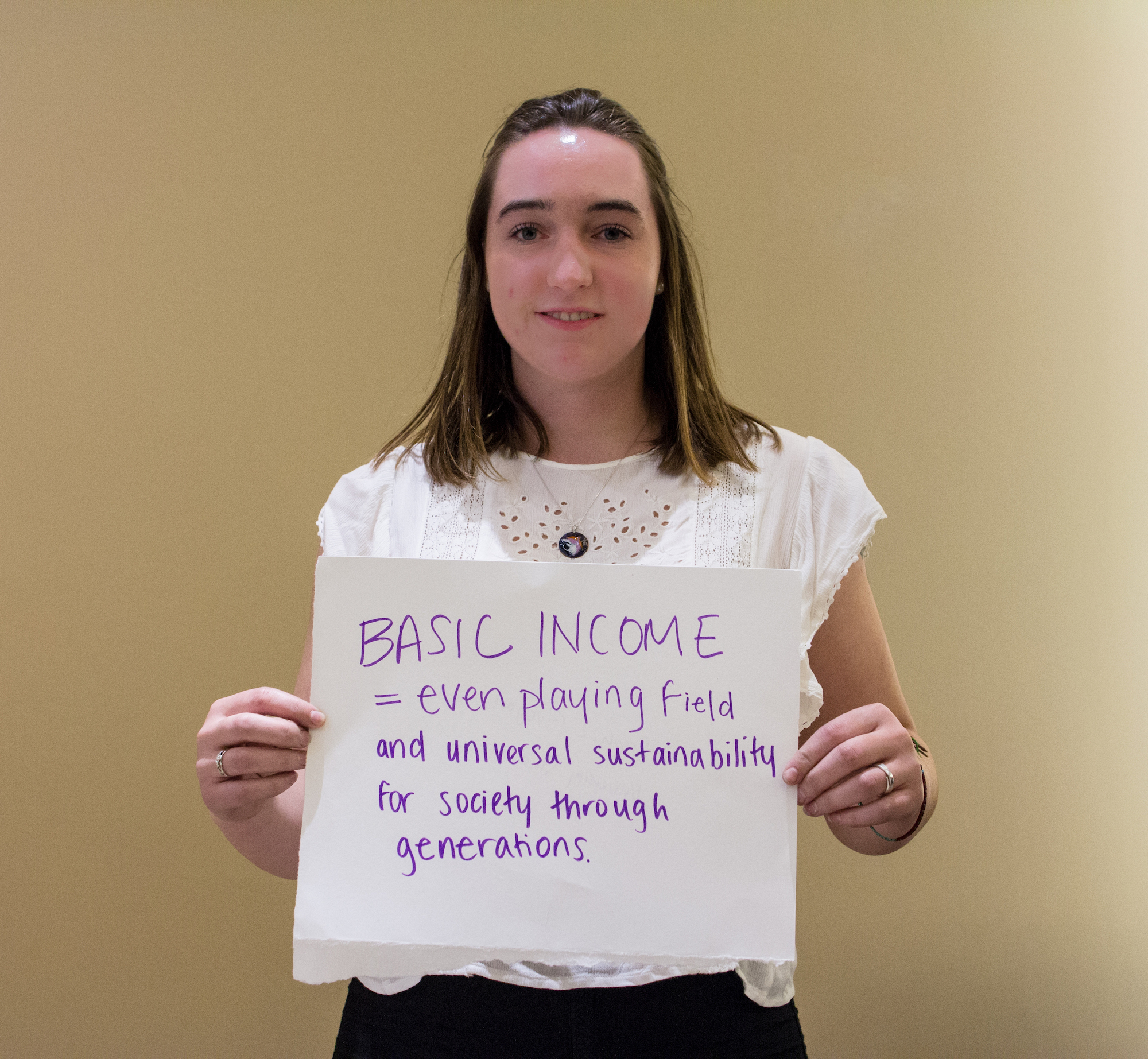 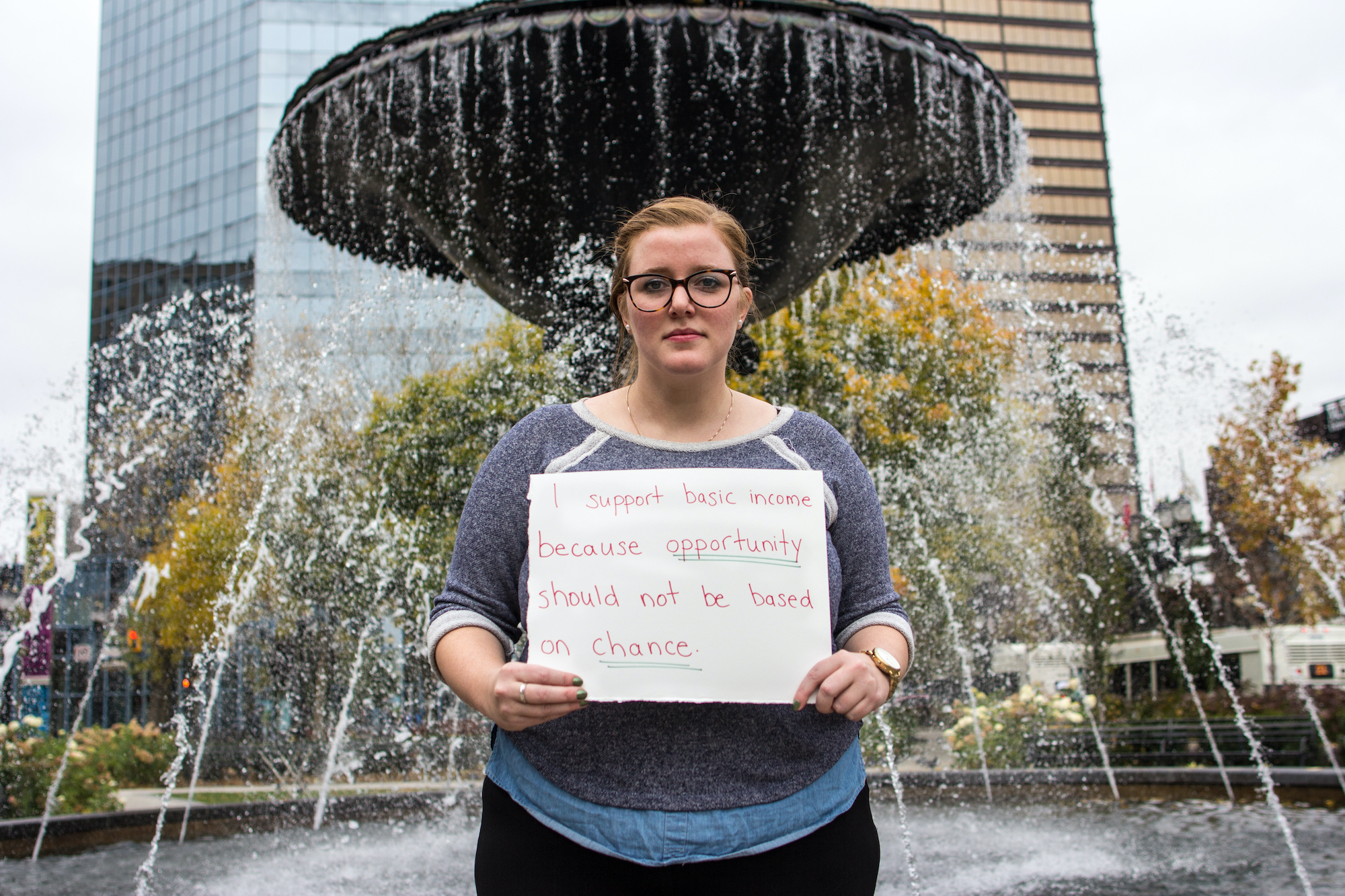 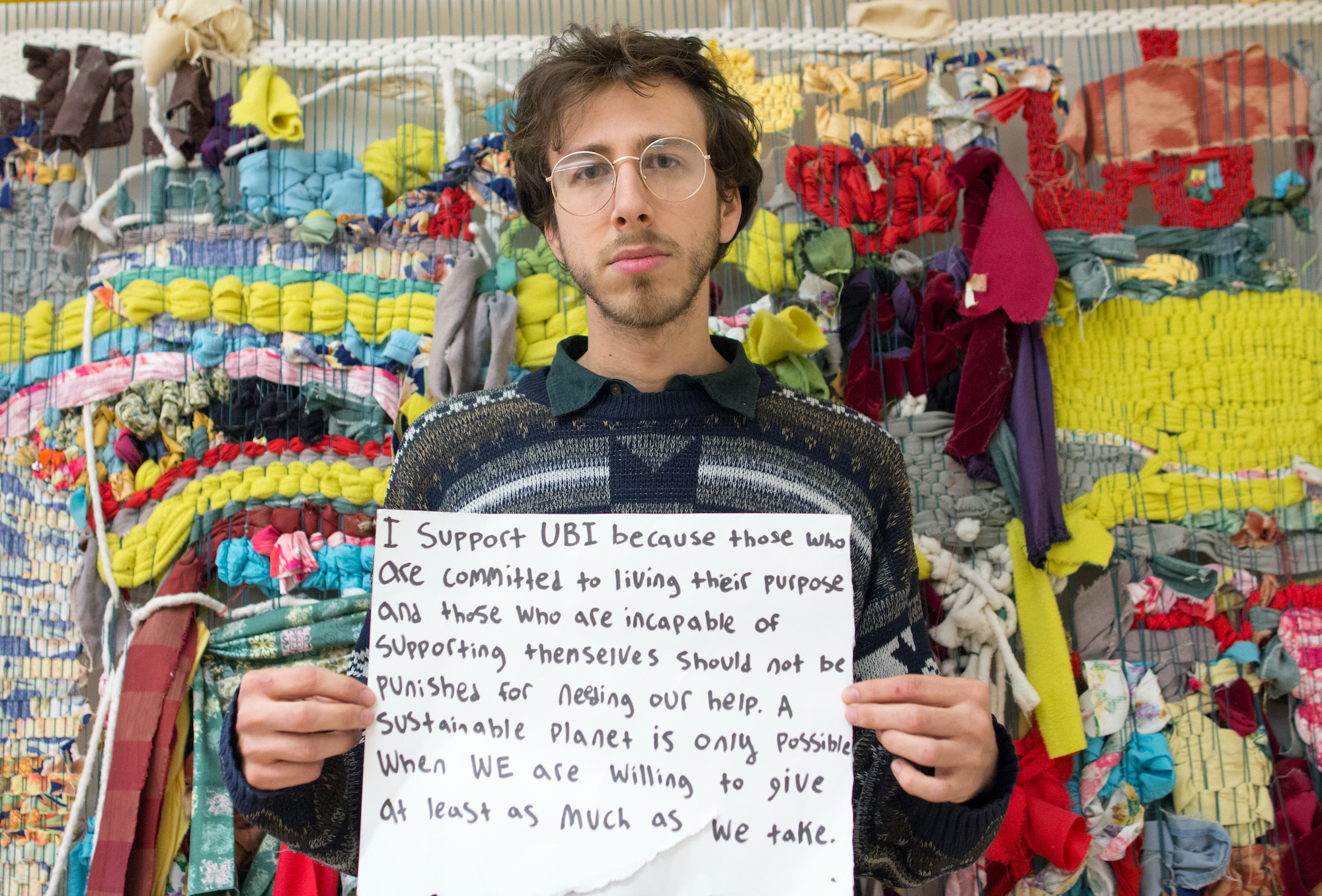 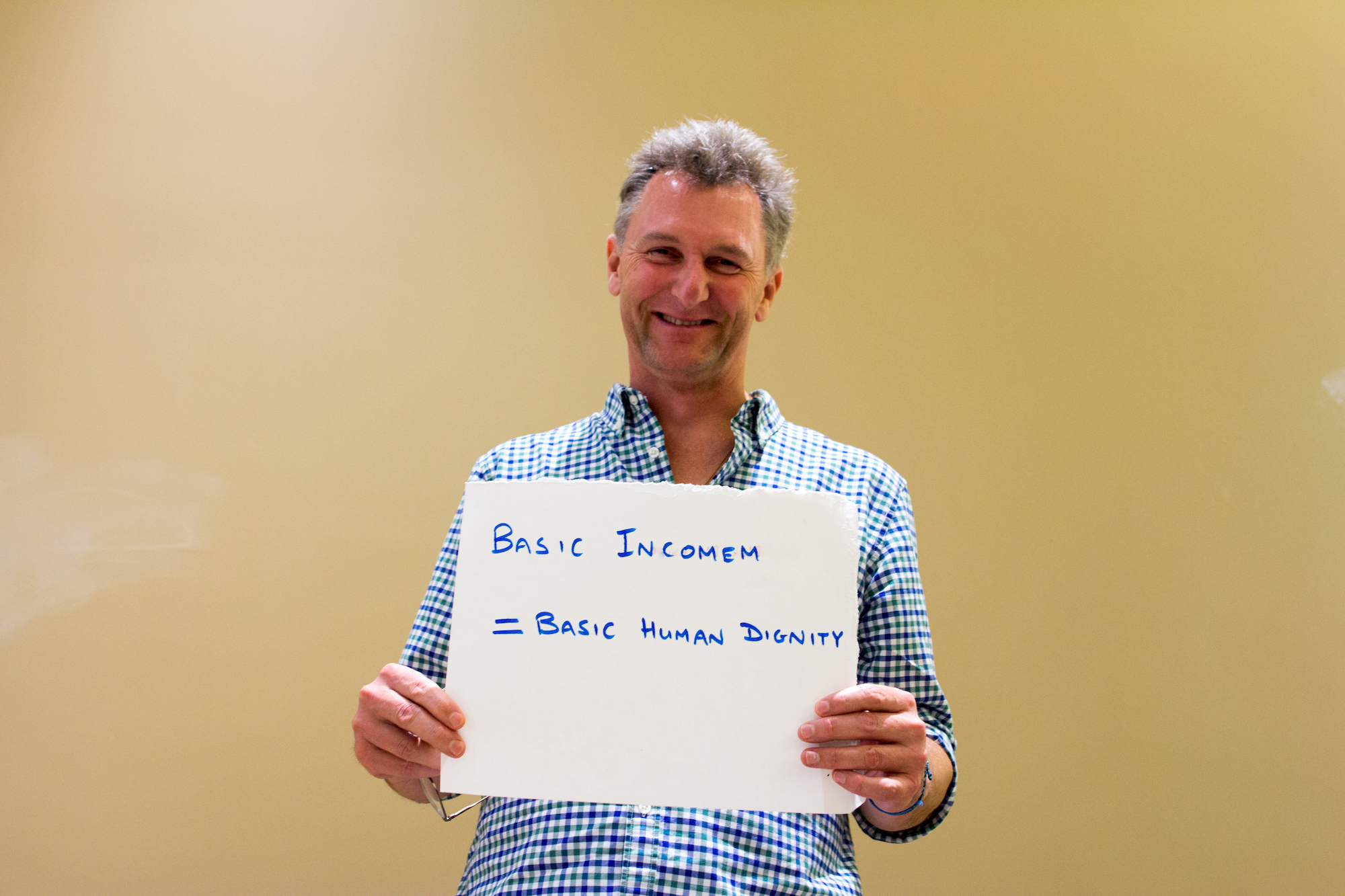 Get In Touch With Jessie.

Thank you! Your submission has been received!
Oops! Something went wrong while submitting the form.